In the UK there are many thousands of BISF, Blackburn and Riley homes that after many years service are needing renovation. If you own one, then our expert renovation can rejuvenate the fabric of your home to as good as new condition. We use modern light weight and highly durable roof and wall materials to provide you with a house with which to be proud whilst adding value to your home, giving it a new lease of life for the years to come. 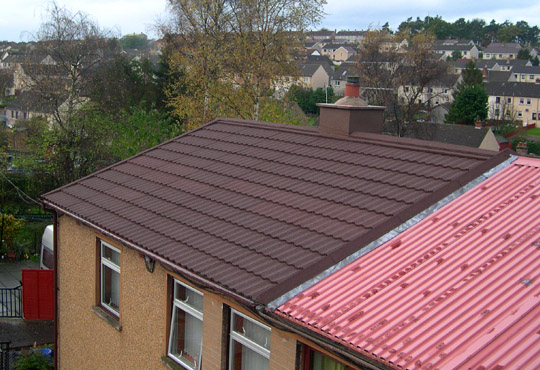 Blackburn houses were first introduced as experimental temporary homes by Clydebank Town Council in Scotland after the end of the Second World War.

These prefabricated houses (or “prefabs”) were an effort to quickly replace the housing stock destroyed or badly damaged during the war and primarily after the Clydebank Blitz in 1941. By the end of 1948, 403 Blackburn homes had been constructed and their effectiveness was being realized as many other Scottish Councils followed example and built Blackburn Houses alongside the permanent housing stock being constructed.

Designed with a 10 year ‘life’, most of the 3000+ Blackburn houses built are still standing and inhabited having stood the test of 50 years of Scottish weather. Blackburn houses however, are not invincible, the fabric corrodes allowing an ingress of water which in turn attacks the steel structure. Repair of Blackburn houses is a specialist activity, the steel structure needs to be properly protected from water ingress and inherent damp, lightweight products are necessary so as not to overload the weight bearing capacity of the structure, adequate ventilation is required to any new system and roofs need to be carefully replaced with durable light materials. Renovation of Blackburn Houses using normal modern building techniques is paramount to disaster because of the structural integrity, and is likely to end in disaster fairly quickly with more damage being done than if left alone.

If carried out properly, a well renovated Blackburn home is likely to last for many years with maintenance free living. This is good for the home owner, good for the Council and good for the ‘mortgage’ company. 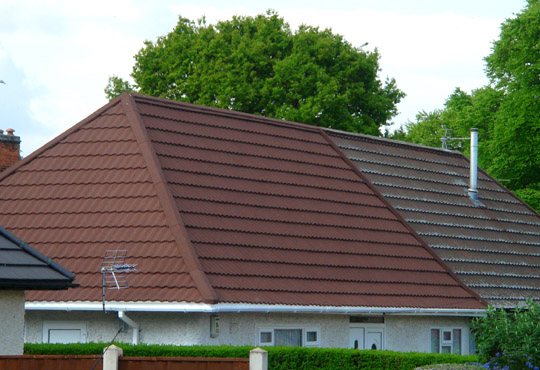 Lloyd George, at the end of the First World War wanted to make Britain “a place fit for heroes to live in”, and proceeded to improve working class housing by introducing the 1919 Housing Act which gave Local Authorities the task to secure the improvement.

In response new building techniques were sought and in Nottinghamshire the use of steel and concrete, materials being used at the time in the US for sky scrapers, were investigated.

This resulted in the development of Crane houses, lead by William Crane, Chairman of Nottingham’s Housing Committee, who also played a part in the design and building of the Crane Houses. The concept was to provide affordable housing with easy options for ownership.

Over 500 Crane houses were built in the period to 1925. Crane house building was ceased when public reluctance to purchasing the properties resulted in a surplus that had to be used as “Council Houses”.

Ironically, almost 100 years later, many of the Crane houses are in better condition than the ‘preferred’ brick built properties, and with proper maintenance, Crane Houses have many more years of life!

In addition to the renovation and repair of BISF, Blackburn and Riley homes we also carry out refurbishment of other prefabricated building types including Park Homes, Howard, Tarran, Newland, Cornish and Hawksley style frame construction houses.

For more information on our BISF House Renovation Services, Other Non-Traditional Housing and or enquiries on any of our products listed, please contact
BISF Renovation Services on 01427 884307 or make your enquiry via our Enquiries Page

By continuing to use the site, you agree to the use of cookies: Find out more.