In 2012 we were asked to attend a BISF property to look at an upgrade for the purchaser, who had bought the property as featured on “Homes under the Hammer” 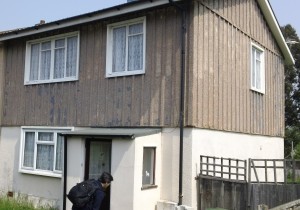 There was much work to be done, including the replacement of the roof and works to Insulate and protect the badly protected First Floor metal panels, which had been coated previously in a grit system, which, like many which we observe, was peeling off. There was also a need to replace 6 badly installed windows.
We began with the roof replacement; followed by adding new boxed eaves and soffits with replacement rainwater goods and finally completed the works with 6 new windows and our beautiful brick effect cladding. 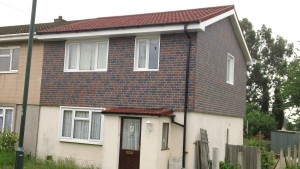 The same programme has been repeated twice since the original programme was run on television and was again shown as an example of what can be done to a BISF house, using the quality products which we use for our works.

By continuing to use the site, you agree to the use of cookies: Find out more.